Music brings people together! This saying could well be our motto as we're a very varied group of people, all bound by their love of music. Anyone with love of singing can join us. Everyone is warmly welcomed and, next to practising hard to achieve a high musical standard, it’s all about the spirit of fun and conviviality. After rehearsal, we often wrap up with a little get-together.

Our music brings pleasure to our audiences and brings us enjoyment too! We take rehearsing seriously and have gained a great deal of experience from the concerts and performances we’ve been involved in. Once our spark has set the audience alight, we’ve achieved our aim!

We absolutely love bringing a smile to everyone!!

Bois Afan was formed in 1986 with a membership of about 25 choristers. Our aim was to revive old songs and ballads from the 1930’s to the 1960’s and also music from most popular musicals and films. Our very first Musical Director was Gwylfa Powell who arranged most of our repertoire for us, some of which we still use at present. Elma Jones was our next Musical Director who stayed with us for 15 years. Elma Jones has now been made the choir’s President as she is no longer able to conduct for us.

Since March 2007, the choir had a new youthful Music Team which consisted of Matthew Lewis as Musical Director and Wendy Murphy as Accompanist. Both are very accomplished musicians and they both work extremely well with one another. Since this partnership, the choir has seen a difference and are coming along in leaps and bounds. The choir are always looking forward to an interesting and joyful future. Matthew left the choir in March 2011 to go on further muscial horizons and as a reult of this, June 2011, Wendy Murphy was appointed the Choir’s new Musical Director and she hopes to bring the choir on with her wide choice of repertoire and musical expertise.

The Choir has toured extensively in the past meeting other choirs and folk groups. They have travelled to Brittany, Germany, Portugal, Poland, Croatia, Slovenia, Hungary, Bulgaria, Spain and the Basque Region. The choir enjoyed a trip to Ilfracombe to take part in a concert with the Ilfracombe Male Voice Choir in November 2010. They also had a wonderful experience and privilege of taking part in Mass concert with four other choirs at Bath Cathedral in June 2010.  This was a very memorable experience for all who were involved and was definitely one of the choir's highlights.

Bois Afan have had a wonderful year in 2011 celebrating their 25th anniversary and have only recently returned from a successful tour of Montenegro. The rest of the year was celebrated in very high spirits. It has been a marvellous achievement to reach 25 years and the choir hope to continue for many years to come.

The choir this year have now reached their 30th Anniversary - 2016!! It has been a quick but very busy 30 years. We enjoyed celebrating with a fabulous meal in Blanco's at the start of the year and was a very enjoyable night for all joined by friends and family.

The choir are looking forward to a trip to Italy at the end of September to celebrate this special occassion!!

South Wales
We are available for Weddings,

any bookings or queries

Unfortunately, we are not available to sing at funerals.

We're a Male Choir regularly rehearsing at Cwmavon Rugby Club every Tuesday evening from 7:30pm - 9:00pm and are always looking for new members so don't be afraid to come along. If you would like any more information do not hesitate to contact us.

Please come along to support 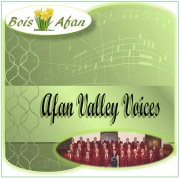 Available to purchase soon!! Keep an eye out for more Details!!

We have just celebrated our

Please look for our group on Facebook for upcoming events!!﻿